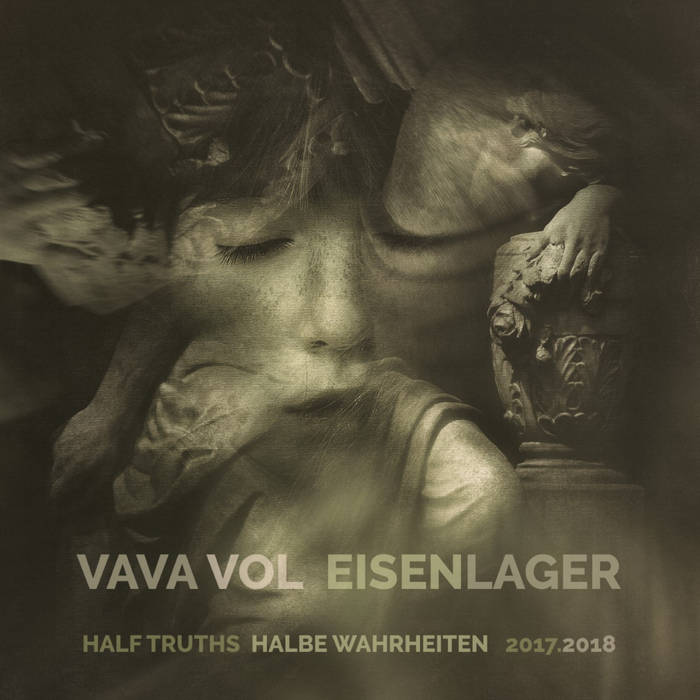 This is one of the most imaginative albums whose stylistic dichotomy does not clash rather than becoming delicately enmeshed. "Half Truths / Halbe Wahrheiten", however, revisits an eterogeneous climes in full force, although its cosmic jitters and frolicking frequencies feel like liquedous rain showers next to the noisy fluxion of jagged fractions and pernicious ruptures. A sonic universe of strong impact awakened by the fusion of the talents, inspirations and experiences of two artists of the caliber of Vava Vol and Norbert Kutz aka Eisenlager.

I am a self-produced experimental, electronic music composer and musician creating music since 1978. Self-portrait profile and banner photos by Vava Vol © 2019.

Bandcamp Daily  your guide to the world of Bandcamp